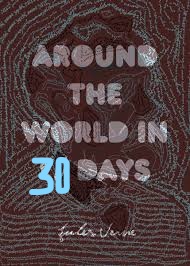 I don’t intend on writing about my 30 Day Challenges (see January’s blog) each month, or even ever again; however, I just couldn’t pass up the opportunity to share some of what I have learned this month with my “read about a different country every day” challenge. For each day in February (more or less), I selected a country to explore digitally (i.e. with the help of various web resources), and in the process, I have gleaned a plethora of fun facts!

I went with a round-robin style selection process, where I purposefully chose countries (fully sovereign and UN recognized) that I knew very little about from each of the continents in alphabetical order (Africa, Asia, Europe, North America, Oceania, South America). And even with a few missed days, I was still able to read about 24 lesser-known places: 4 countries from each continent.

To say I learned something new every day would be a gross understatement of this process. It is absolutely incredible how much there is to learn about each and every little corner of the globe, including our own. And now, to help pique your interest in some of these places, here are some of the most interesting tidbits I picked up in my daily readings:

Togo: This small country in West Africa was originally claimed by Germany as “Togoland”, which to me sounds like an amusement park rather than a country.

Georgia: Nestled in the Caucasus Mountains, Georgia (the country, definitely not the state) has two disputed regions that are currently vying for independence: Abkhazia and Adjara.

Andorra: A country (located between France and Spain) that is so tiny, there are no international airports within its borders.

Costa Rica: In 1949 Costa Rica abolished their army, working instead to replace it with “an army of teachers”, thus focusing on education rather than military spending.

Federated States of Micronesia: Includes over 600 islands extending almost 3000 kilometers in the Pacific ocean (that’s about the distance from Atlanta to Salt Lake City).

Suriname: A small country in South America where the official and most commonly spoken language is, you guessed it (not!), Dutch.

Mozambique: Located on the southeastern coast of Africa, Mozambique has a machine gun and a mattock on its flag, which gives a bit of insight into its checkered (and complicated) past.

Kazakhstan: means the Land of Nomads, who fortunately have a lot of room to roam in the world’s largest land-locked country.

Cyprus: A small island in the Mediterranean that was inhabited by humans before boats were invented (gotta love a good ol’ Ice Age story).

Trinidad and Tobago: Only seven miles off the coast of Venezuela, this pair of islands is the birthplace of Limbo.

Papua New Guinea: PNG is one of very few places on Earth where you can straddle the equator and see snowfall in the same country! Elevation is no joke! 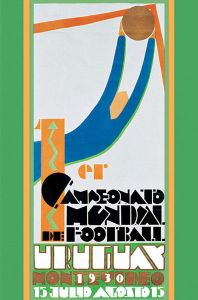 Uruguay: A country consistently providing the world with incredible soccer players, Uruguay was the first country to win the FIFA World Cup (in 1930).

Tunisia: I was most interested to learn that the ancient city of Carthage is in modern day Tunisia, but I was told others might find it more interesting to learn that several Star Wars movies were filmed here.

Bhutan: A small, mountainous country in between China and India, the highly Buddhist Bhutan has a Gross Domestic Happiness index, which is used to measure and develop the collective happiness of the nation as a “fundamental human goal”.

Denmark: In the smallest country in Scandinavia, you’re never more than 52 kilometers (32 miles) from the coast.

Belize: Despite sharing English as a national language, Belize has opted not to share in American fast food chains. No McDonalds or KFCs in this Central American country.

Nauru: One of the smallest countries in the world at only 8 square miles, Nauru also has one of the highest obesity rates at almost 72%.

Bolivia: This landlocked country in South America boasts the world’s largest salt flat, half of the highest lake, and an annual rainfall of over 5m (one of the highest in the world). Talk about biodiversity!

Chad: Named after Lake Chad, this large central African country lies mostly in the Sahara desert giving it the morbid nickname the “Dead Heart of Africa”.

Pakistan: Although extremely far from Europe, Pakistan was a prominent stop on the Hippie Trail of the 1960s. If you haven’t heard of the Hippie Trail, I highly suggest a quick Google!

Romania: We might know it as the Land of Dracula, but Romania is also home to the heaviest building in the world (at just over 9 billion pounds)! And no, it’s not Bran Castle.

Dominica: Often confused for the Dominican Republic, Dominica is a separate island nation known for electing the first female prime minister in the Caribbean (back in 1980).

Kiribati: Another impressive set of islands in the Pacific ocean, Kiribati not only celebrates the New Year first each year, but is also the only country to have land in all four hemispheres.

Paraguay: In part due to its central location, Paraguay was subjected to the bloodiest international conflict in the Americas, the Paraguayan War (1864-1870), in which the country lost 50% of its population in addition to 40% of its land.

Believe me when I say these are just the tip of the iceberg! Each of these countries, and indeed, every country and culture is unique and inspiring. I think this will be an easy challenge to extend past 30 days…I mean there are almost 200 countries out there! What are some of your country curiosities to share?