Another month, another amazing country explored! Have I mentioned how nice it’s been working entirely online? No, but seriously, we’re incredibly lucky to be able to support these explorations as Tucker and I continue to make plans for what we want to do and where we want to be in the future. For the past 30 days, we’ve been in Mexico, sussing out the situation in three amazing cities, and learning all we could in the process. When planning our Mexican adventure (while happily freezing in Canada), we narrowed our focus down to Merida, Guadalajara, and Mexico City. Through online research and word of mouth, we felt that these were the three most likely candidates for a potential future home that fits our particular set of needs/wishes. So we set out to see which city would reign supreme (in our eyes anyways). Of course, we were also very interested in what living in Mexico would be like in general, having never visited any part of Latin America, and also how much tourism we could possibly squeeze into this already packed month of international inquiries! Here’s what we learned:

Our first stop was the city of Merida, which is the capital city of the Yucatan peninsula. We arrived fairly late at night and were quite surprised when the first restaurant we came face-to-face with in Mexico was a Carl’s Jr. Haha! From that moment on, we were constantly reminded how much the US and Mexico have influenced each other over the years. From the abundance of Coke products to the variety of Christmas songs, there were so many things that made us feel like we weren’t too far from home. Some things, however, were very different. For example, the colors of Merida were unlike any city I’ve ever been to! Every building was painted a different, yet equally vibrant shade: coral, sea foam, cyan, olive; I lost count early on. All the color was even more surprising when we learned that Merida’s nickname is “the White City”! Apparently that has more to do with the traditional clothing than a description of the city itself, because Merida is nothing if not colorful.

Merida was also incredibly clean! Everywhere we walked we could smell the scents of soap or laundry detergent wafting out of the various doorways. I had also (wrongly) assumed that in such a warm climate, bugs would be imminent, but we saw none during our 10 days on the peninsula. We what did find was a lot of extremely helpful strangers. As we stood in front of famous buildings or walked back and forth trying to find the correct bus stop, so many people approached us and gave us advice and information. We learned a lot about the Mayan people from locals who kindly shared what they knew in English, just for us. They didn’t ask for tips or for us to buy something from them, they shared because they’re proud of their heritage and wanted foreigners to also soak up some of their history and culture. Overall, Merida was incredibly laid-back, absolutely unique, and unequivocally friendly. 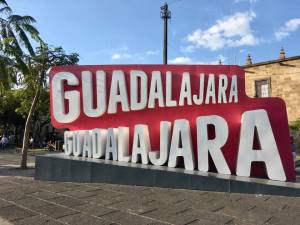 Our next stop was Guadalajara, the capital city of Jalisco (I’m really beginning to think I must have a thing for capital cities…). Anyway, when we arrived in this, larger city, I realized just how much all the negative hearsay (like the number of well-meaning warnings I received before our trip) can really affect first-time travelers. I immediately felt uneasy, like everything was an unforeseen danger. Of course, after only a few hours, that was all wiped away. The people of Guadalajara were just as friendly and carefree as those in Merida. Our Uber drivers, especially, greeted us and patiently listened as we stumbled through Spanish to ask questions or give any necessary additional information. We also noticed that in Guadalajara, and perhaps Mexico as a whole, the timings of things are quite flexible. We often found ourselves checking the hours of one place or another, only to arrive and see they haven’t quite set up yet (even a few hours after opening). We really felt the struggle of coming from a China mindset (up early, asleep by 10pm) to the Mexican way of life, where nothing really gets going until after 8pm at least!

Once it gets going though, it’s impossible to deny the liveliness of Mexcio! Guadalajara in particular has an amazing bar/restaurant street that has so much activity it would take more than a year to see and do everything just on that one strip! From festivals and live music to pub crawls and lucha libre tours, the people in the city know how to party (even on weeknights, which was incredibly impressive, and something I wasn’t quite able to do). While in the city, I was also surprised by the extreme variety of Mexican cuisine. I love Mexican food in the US, but what we typically see is a list of the same 5-6 items with various customization options. In Mexico, the food-scene is much more diverse. From the taco stands and torta kiosks to traditional Aztec/Mayan dishes that look like they came right out of a Top Chef episode (not to mention all the international options). In 30 days I’ve added countless new dishes to my favorites list, and I can now be absolutely sure that Mexican is my favorite of the world’s cuisines. Of course, my favorite among favorites is still the humble taco, and I feel no shame in admitting that Tucker and I kept track of the 75 tacos we ate in Mexico! 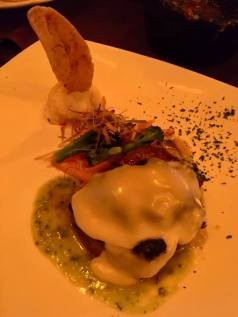 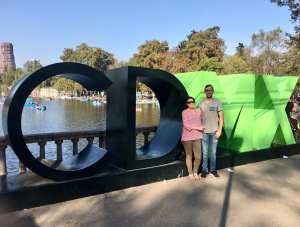 Our final stop on this scouting mission was the infamous Mexico City. One of the largest cities in Latin America with about 9 million residents, and easily one of the most welcoming mega-cities I’ve ever been in. Sometimes in cities of this size, the expectations for speed and efficiency can be extremely high, which poses a problem for travelers who are clueless as to how things are usually done. However, I never felt any impatience from the locals in CDMX (Ciudad de Mexico). Things were just as easy-going and friendly as the other cities we visited. Of course, Mexico City is quite big, which does bring about some challenges. For example, it typically took over an hour to get from one side of the city to the other, even with the super convenient (and cheap) metro. A sprawling city combined with loads of commuters, holiday shoppers, and tourists definitely made for a chaotic transportation situation. However, because of that large and diverse group, we were also able to get some Kansas City BBQ when we wanted something a bit different one night. It’s the eternal struggle of city life!

Aside from the sheer size and diversity Mexico City (and really all of Mexico) has to offer, I was also really surprised by the openness we saw and felt. Mexico is a Catholic country, and having lived in Poland, I remember the conservative lean that often goes along with that. However, Mexico proved again and again that if it’s not bothering anyone, who cares? We immediately noticed all the pda (public displays of affection): lots of kissing, hand holding, etc. anywhere and everywhere, by all sorts of couples: old, young, gay, straight. We also saw more skin than we had grown used to in China (although that is pretty much necessary when it’s still in the 80’s in winter). And finally, the language used was a bit freer as well. I’ve never seen so many kids shouting curse words as when we went to the lucha libre match (all in good fun though). Ultimately, Mexico had the “anything goes” approach that we sometimes found in China and Poland, but here it was definitely more strongly connected to social issues, and we ultimately found it very refreshing.

As I’m writing this, I keep thinking of things I want to add. All the information we got in Merida about the Mayan people and the way it influences the modern culture there, all the flowers and fruits of Jalisco that surrounded us even in the middle of a huge city, and all the people in Mexico City, who just like in NYC are trying to make it big in one way or another. As is typical when we travel, we learned so much about the places and people around us, but we also learned more about ourselves: like how strong preconceived notions can be (even in experienced travelers), how many American exports are actually really unhealthy (sugary drinks and fast food), and ultimately, how similar we all really are. We often found ourselves bonding in limited language over traffic, wifi, cute animals, and delicious food: you know, the important things in life.

In short, Mexico was absolutely amazing, and we could definitely see ourselves living there in the future! We felt safe and welcomed, and we had a great time getting to know our southern neighbors a bit better. As it stands now, we’re muddling our way through Canadian immigration, but at least we now have a solid plan B (Guadalajara won out, by the way). Or, who knows, maybe after a few years in the frigid north, the desire to thaw out in Mexico will draw us south of the border sooner than we think!